Track Ovals in the Philippines: (Rev 5)

I have recently revised and updated this list again as i have been provided knowledge about other rubberised tracks in Philippines via my provincial contacts.

Tartan – First used at 1968 Mexico Olympic Games, manufactured by 3M!, Best spikes to use are 6mm pyramid, made of polyutherthane 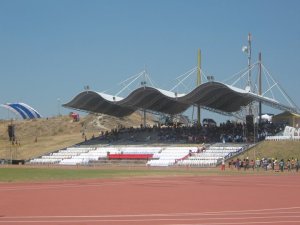 Opening Centre 5am to 7pm 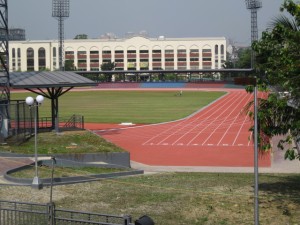 Opening Hours 5am to 9pm 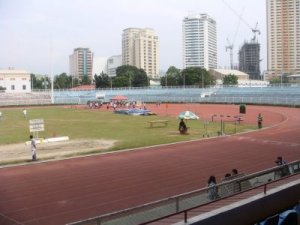 Rizal Memorial stadium in Malate, Manila when it had an infield. The grounds usto be the Manila Showgrounds in the early 1900s

Philsports Complex formelly known as Pasig Ultra is rumoured to be undersized at 397m around.

Opening 5am to 9pm

he 20-hectare Negros Occidental Sports and Recreational Park, in Brgy. Mansilingan, is located east of the city and is surrounded by eucalyptus trees. Also called the Panaad Park and Stadium, it hosted the April 1998 Centennial Palaro. The main stadium seats 15,000 people. The complex has a rubberized Regupol (imported from Germany) track oval, tennis courts and an lympic-size swimming pool with a touch pad, electronic timer and camera track.

13 Responses to Track Ovals in the Philippines: (Rev 5)